–The following story was written by Taia Goguen-Garner.

Photonics is an important field of research as it can be applied to many sectors such as communications, imaging, health care, security, and more. 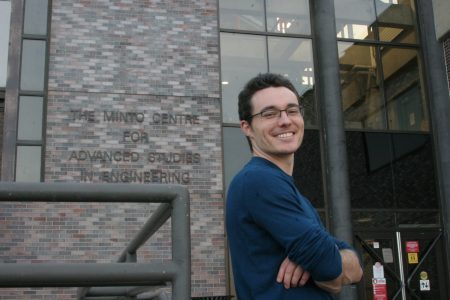 “I’ve done a lot of work with subwavelength structures, which is when the pieces of silicon are around 100-250 nanometers long,” explained MacKay. “Because the pieces are smaller than the wavelength of light, the wave reacts in strange ways, and we can engineer many unique effects. Examples include reduced power loss, slowing down the speed of light, and even a negative refractive index!”

MacKay got involved in this area of research due to a co-op position with a telecommunications company.

“It sparked my interest in fiber optics,” said MacKay. “Similarly, I had a background in nanoscale materials from my time in undergrad, and subwavelength structures were a natural mix of my different interests.”

Research in silicon photonics is a promising area of research as silicon is very cost effective.

“Historically, photonics required materials that were comparably exotic and expensive which placed limitations on what could be designed,” shared MacKay. “But silicon has been used by the microchip industry for decades, and by designing with silicon, we can piggy-back off the existing infrastructure to dramatically reduce the costs. One particularly exciting example is for LiDAR sensors, which is one of the main components needed for self-driving cars.” 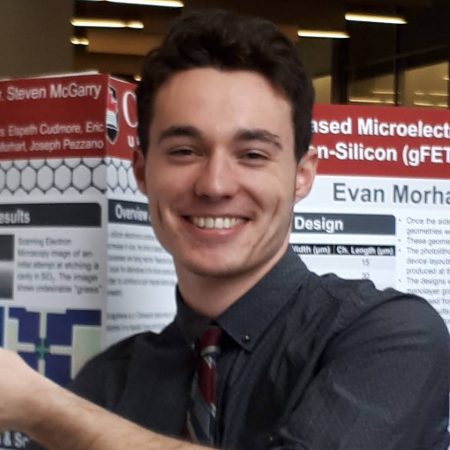 “They’re one of the most common building-blocks in photonic circuits – you often need light to turn left or right,” explained MacKay. “My goal is to use subwavelength structures to make them lower loss with higher signal capacity.”

MacKay has recently been rewarded the Gary S. Duck Graduate Scholarship in Photonics.

“I was quite surprised when I won that award,” said MacKay. It was great knowing my hard work was paying off so early into my Master’s. Fun fact about the award, Gary S. Duck was one of the founders of JDS, an Ottawa company that eventually turned into Lumentum – one of the co-ops that got me into the field!”

Dr. Winnie Ye Canada Research Chair and Professor in the Department of Electronics has been supervising MacKay throughout his research.

“Her group specializes in the many applications of Silicon photonics,” shared MacKay. “She has been a tremendous help in my studies, whether it’s pushing me to apply for scholarships, sending me to conferences, or getting me in touch with a group at the National Research Council. Without her encouragement, I wouldn’t have learned half of what I have in the short time I’ve been a grad student.”

MacKay is working on multiple projects in which he hopes to turn into paper submissions.

“I just recently got my first chip back from fabrication and the plan is to measure its performance to see how it matches my simulation work,” said MacKay. “After I graduate, I plan on working in the telecom industry for a little while, and see where I want to go from there.” 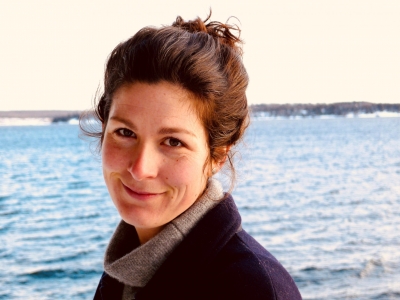 As a kid, Laurenne Schiller thought the ocean was full of mystery and, by age four, had already decided to study fish and whales when she grew up. However, as... More 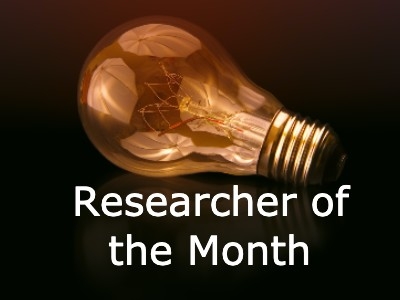 The Faculty of Graduate and Postdoctoral Affairs recently refreshed its website for current graduate students. As part of the new look, FGPA added a new feature called Researcher of the Month in which talented... More 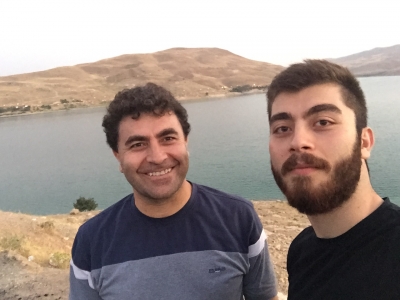 Halfway through his undergraduate degree, Sanyar Sohrabi wasn’t sure where his life would take him. But then, he made a decision that changed his life and decided to come to... More 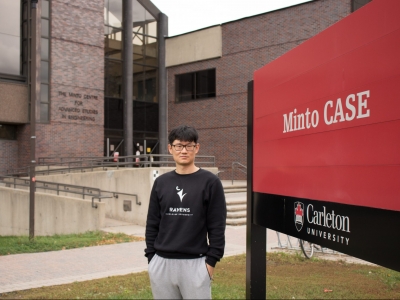 --The following story was written by Taia Goguen-Garner. Optical fiber components made by laser irradiation, called “fiber Bragg gratings (FBGs)”, have been developed and applied in multiple areas such as... More