–The following story is written by Taia Goguen-Garner 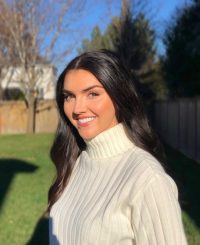 Lauren Thompson, a PhD student in Psychology, is researching how to improve eyewitness identification. Thompson’s research focuses on manipulating lineup construction and lineup procedures in order to improve the ability of an eyewitness to make an accurate identification decision.

Thompson’s interest in this research piqued when learning about wrongful convictions.

“I found it extremely disheartening that so many people have been convicted of crimes they didn’t actually commit,” shares Thompson. “After looking further into wrongful convictions and examining cases where individuals have been exonerated (examining the cases on the Innocence Project, Innocence Canada, etc.), I learned that mistaken eyewitness identification contributed to almost 70% of the wrongful convictions in the U.S. that have been overturned by DNA evidence.”

Thompson’s research on eyewitness testimony has great implications for the criminal justice system.

Says Thompson: “If researchers in the eyewitness field can determine optimal lineup construction/presentation, then recommendations can be made to law enforcement. If law enforcement incorporates these recommendations, then this would lead to fewer people being convicted of crimes they didn’t commit.”

“Currently, if an adolescent is witness to a crime in Canada, they will likely be shown a lineup using the sequential procedure, meaning their identification abilities will be worse than if an alternative lineup, such as the simultaneous lineup (i.e., procedure where all lineup photos are shown at the same time), was used.”

Thompson has been conducting this research out of The Laboratory for Child Forensic Psychology.

“As our lab is a developmental lab, we typically do a lot of research in elementary and high school,” shares Thompson. “Going into schools and working with children and teenagers is a very different experience than working in a lab setting with university students. You get to work in a group setting with your lab mates and other volunteers, which is a very welcome change. Further, the teachers and students (for the most part!) are pretty interested and excited for us to come in and run our study, which makes the experience more enjoyable for us.”

Dr. Joanna Pozzulo, Chair of the Department of Psychology has been supervising Thompson throughout this research.

Thompson says that Dr. Pozzulo has been very supportive and extremely helpful throughout both her master’s and current degree. “It has been great being able to research with her as she always has interesting study ideas for myself and my lab mates to undertake, but on the other end, she also is very accepting of new research ideas we might suggest. One of the best parts about working with Dr. Pozzulo though is how positive she is. Her positive feedback and comments make this intense program a little less stressful.”

She is currently interested in lineup “filler” selection. Fillers are people included in the lineup who are known to be innocent to the crime in question. In a typical lineup, there is one suspect and five fillers.

Notes Thompson: “Currently, there are no clear guidelines on how similar in appearance fillers should be to a suspect and as such, police building lineups are choosing fillers based on their own subjective criteria. For example, some police officers may choose fillers who look very similar to the suspect, while other police officers may choose fillers who just match the suspect on some basic descriptors (e.g., skin colour and hair colour).” 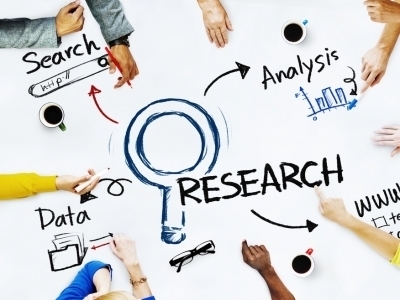 Living with chronic pain is something many people know too well, and is very much something that affects their lives. Stephanie Norlock, a second-year Master’s Neuroscience student has been using... More 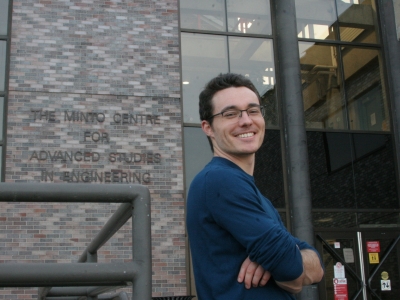 –The following story was written by Taia Goguen-Garner. Photonics is an important field of research as it can be applied to many sectors such as communications, imaging, health care, security,... More 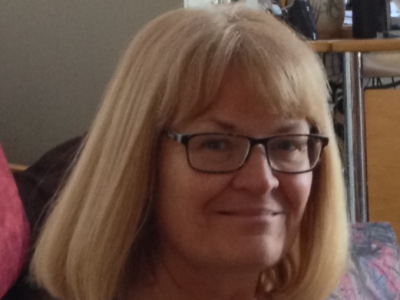 “As there are increasing numbers of autistic students now attending university, it is incumbent on the academy to understand their experiences and to work with the students to maximize their... More 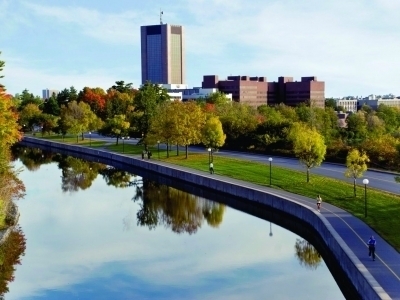 Thinking of applying for grad school at Carleton? Along with excellent programs, strong mentorship and great financial support opportunities, the Faculty of Graduate and Postdoctoral Affairs (FGPA) at Carleton offers... More